Hypersonic flight would have profound impact on civil and military applications. Boeing's recently proposed concept would take passengers in under six hours from London to Sydney, and in under one hour from London to New York, flying at five times the speed of sound. Hypersonic cruise missiles and glide vehicles can evade interception with their maneuverability and speed, being currently pursued by America, China, and Russia.

Key challenges for sustained hypersonic flight are the surface heat loads, drag minimization, a hypersonic propulsion system, and control of the aircraft in flight. As part of the European ATLLAS program, I studied methods of flow control to alleviate the sonic boom, reduce drag, and replace mechanical actautor surfaces with fluid mechanic or plasma actuators for a Mach 6 configuration.

Upstream energy deposition is a promising method to reduce drag and surface heat loads for hypersonic aircraft. However, interaction of the heated airstream with the shock system generated by the aircraft in flight may lead to secondary shock and expansion patterns that may cause unexpected heat and pressure loads on the aircraft surface. Essentially, the shocks are refracted as they pass between layers of different speed of sound, similar to optical refraction at the air-water interface. We found that this can lead to a compression cascade, where a shock is reflected repeatedly between the surface and the interface, and even to premature shock detachment. 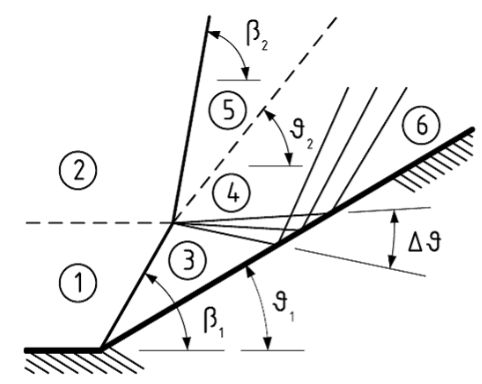 An aircraft faster than sound creates an N-wave shock system in the air that leads to the infamous double-boom when it reaches the ground, prohibiting flight over land. There are two key ideas to alleviate the sonic boom by preventing the merging of shock waves emanating from different parts of the aircraft into the fully developed N-wave: by extending the aircraft with a phantom body by means of jets, spikes, or energy deposition, in order to delay the formation of the N-wave; and by leading the flow with a strong shock from a blunted aircraft nose that cannot be easily be caught up by shocks from the rest of the aircraft, resulting in a weaker peak pressure N-wave. I could demonstrate the proof-of-concept that both types can indeed reduce peak pressure or delay the pressure build-up, even for a hypersonic vehicle such as the for the ATLLAS Mach 6 SST, with the potential to make hypersonic flight over land feasable.

Mechanical actuator surfaces are a potential point of failure in hypersonic vehicles due to the excessive mechanical and thermal loads they experience. We studied the potential of near-surface energy deposition to excert forces on a wing comparable to a mechanical deflection. It turns out that the required forces are indeed possible when positioned right. Further, energy deposition at the trailing edge of an airfoil can create additional thrust when the heated flow expands over the backward facing ramp, similar to an aerospike nozzle.

I was involved in the activities of the German Aerospace Center (DLR) Cologne to upgrade the Vertical Test Section Cologne (VMK) in the Department for Supersonic and Hypersonic Technology. Specifically, numerical simulations provided the proof-of-concept for a design, in which a hot and reacting hypersonic rocket plume is embedded in a transonic wind tunnel, to study loads on launchers during flight. 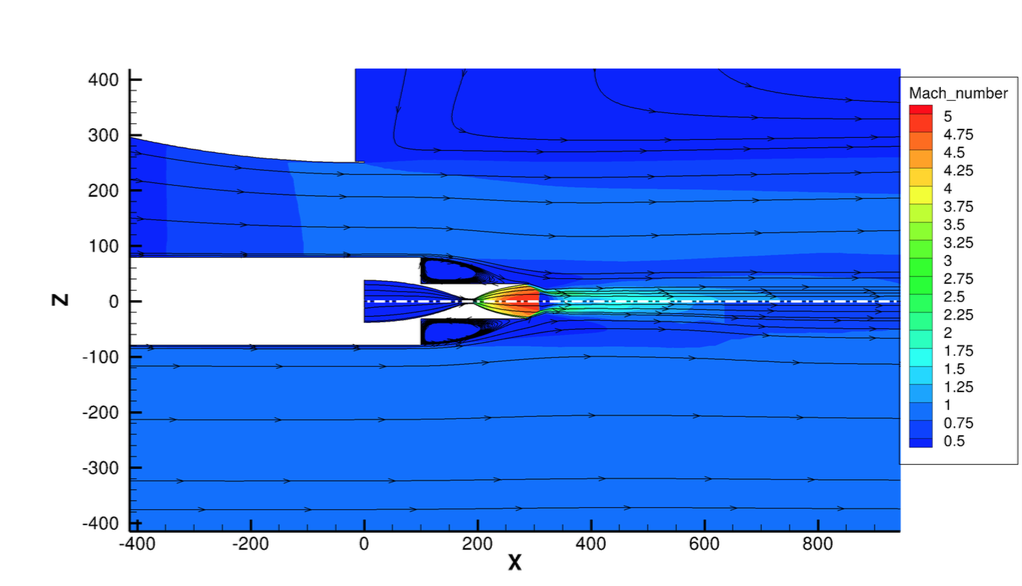