My specialization is numerical modeling and analysis of compressible real fluids, which includes classical ideal gas/incompressible liquid limits, but also accurately describes fluids when pv ≠ RT and v ≠ const. Such non-ideal, e.g. supercritical, fluids are already ubiquitous in energy and transportation applications. They act as working fluids in conventional, solar thermal, and nuclear plants, as well as supercritical CO2 power cycles. Extraction of oil and sequestration of CO2 are real fluid processes. Real fluids are present in gas turbines, oxy-fuel combustors, rocket engines, and Diesel engines. Finally, real fluids can be found in nature, forming the atmosphere of planets like Venus or Jupiter, or providing the conditions for life around deep-sea hydrothermal vents.

The main challenge in modeling and understanding is the thermodynamic behavior at high pressures: neither liquid nor ideal gas models remain applicable. Instead, fluid state behavior is governed by real fluid equations of state (such as Peng-Robinson, Redlich-Kwong, etc.), and mixing rules.

However, most approaches are based on heuristics. Fundamental understanding of real fluids, the appropriate choice of state equations, physically applicable mixing rules, and numerical methods to solve the problem in a simulation context are very active regions of research.

What are real gases?

Real fluids cover the whole fluid state space including the classical limits of ideal gases and incompressibles fluids, but also deviations such as supercritical fluids, compressed liquids, and dense vapor. Van der Waals realized that the ideal gas equation pv=RT needed to be extended with terms that account for the repulsion of molecules and intermolecular attractive forces to qualitatively capture the whole fluid state space. Practically, more advanced equations of state, e.g. Peng-Robinson or Benedict-Webb-Rubin, are used for their increased accuracy.

It has become clear that the supercritical state-space is not homogeneous, but can in fact be differentiated into distinct liquid and gaseous regions [AIAA] [ARB]. The transition occurs across the Widom line, an extension to the coexistence line beyond the critical point. This Widom line is a general fluid property, adhering to the extended corresponding states principle [PRE], and can even be found in mixtures [SR]. 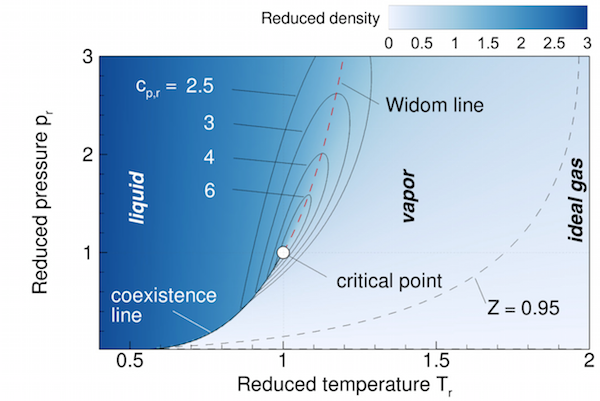 There is a supercritical state transition akin to subcritical vaporization - pseudoboiling [JSF]. In contrast to subcritical vaporization, supercritical pseudoboiling is a non-equilibrium process; added heat simultaneously acts to increase the temperature and to overcome intermolecular forces. At the center of the transition, heat capacity and thermal expansion exhibit peaks. It turns out that the latent heat from an ideal liquid state to an ideal gaseous state is essentially invariant for a wide range of sub- and supercritical pressures [AIAA]. 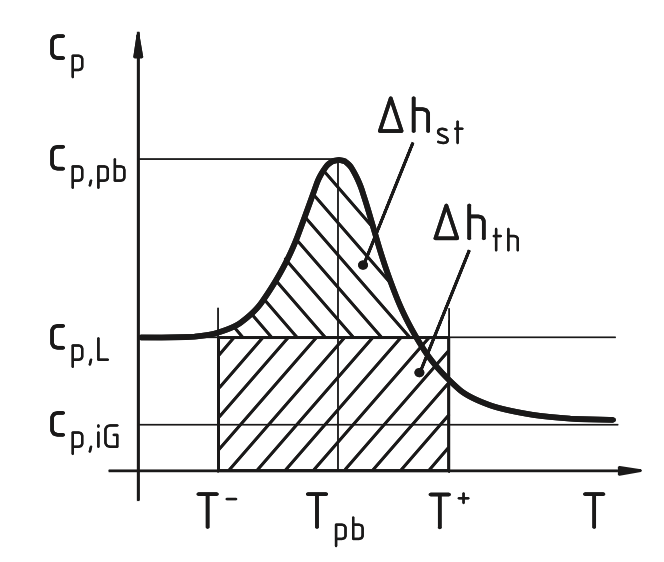